As mentioned in an earlier post, we have several systems in place to handle the cooling. In the past we have had renters who left the doors open with the air conditioning running full blast. Not only does that use (and waste) enormous amounts of electricity, it can also cause the air conditioning unit to work so hard that it will actually freeze up. 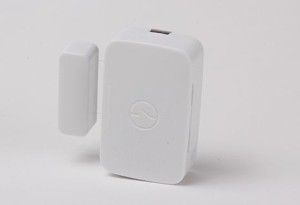 Open/Closed sensor similar to the ones installed at Sunny Mornings

To prevent this we have installed sensors on the doors that will detect if they are opened. After a pre-determined time period (currently 1 minute) the thermostat is automatically turning off the cooling until the doors are closed again. However if the doors are left open for an extended time the air conditioner have to work really hard trying to cool down the house again, and it can take some time, or even cause the system to freeze up. 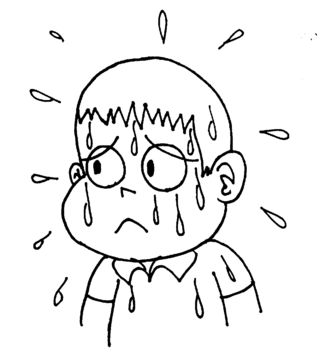 Most air conditioners are not designed/able to lower the temperature more than about 20 degrees. So don’t expect to be able to keep the temperature inside at 70 degrees when it is 100 degrees outside, especially if the doors are being opened and closed constantly.

If the detectors at the door are ripped off, damaged or removed, the computerized system will think the door is open, and the thermostat will keep the air conditioner turned off. If this happens, contact the us at once.

So to keep the house as cool as possible:

By following these tips, you will have a nice and comfortable stay at Sunny Mornings!

Posted in: Heating/Cooling, The House